Game of Thrones ended a week ago and this morning I was faced with the decision of whether or not I should wear my “Mother of Dragons” shirt to the movies. Not a big decision in the scheme of things, but did I want to identify with a crazy lady in public, no matter how dragon-like my human children are? Maybe not. Then I thought about it some more. Is the Mother of Dragons bad because she’s a crazy lady? No. She was a woman doing a man’s job better than any man. And as such, I wore my shirt with pride, recognizing Dany as a feminist icon, even if she is a problematic one.

Rather than see Daenerys Targaryen’s transformation into the Queen of the Ashes as a misogynistic take on the danger of women in power, I view it differently. Was Dany a genocidal, megalomaniacal dictator? Sure. Did she cause the death of thousands of innocent people in the streets of King’s Landing? Absolutely. And she burned a lot of other people with varying degrees of blame in the run-up to that killing spree. But did she do it because women can’t be trusted with power? I don’t think so.

I saw a woman thriving in a historically male-dominated industry and doing that job better than most men. Let’s think about it. Historically, how many women in power have massacred a population? None that I can think of. Murdering a populace for your own made up reason has been the playground of men from the dawn of history. I think it’s time that we no longer classify our genocidal rulers as male or female. It’s time to classify our leaders as genocidal/non-genocidal and leave their sex out of it.

Are you happy with how Game of Thrones ended? Does it matter? It was the artistic creation of its writers, actors, and vast production staff. The artist does not have to change their art because some people don’t like it. If you don’t like how it ended, create your ending. Wait patiently to see how George R. R. Martin ends the books (if he ever does).  But using our time and energy to demand a different ending is never going to change how it ended. And it isn’t going to rename all of the little Khaleesis and Daeneryses. But maybe a change in how we see the ending will help.

And maybe nickname those little girls Arya or Lyanna. 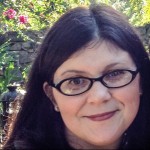 0 thoughts on “Another View of Daenerys Targaryen”

You may have missed

Review: ‘The Secret: Dare to Dream’ Is Awful